6 Tree Tips for the Summer

A Guide to Fertilizing Trees 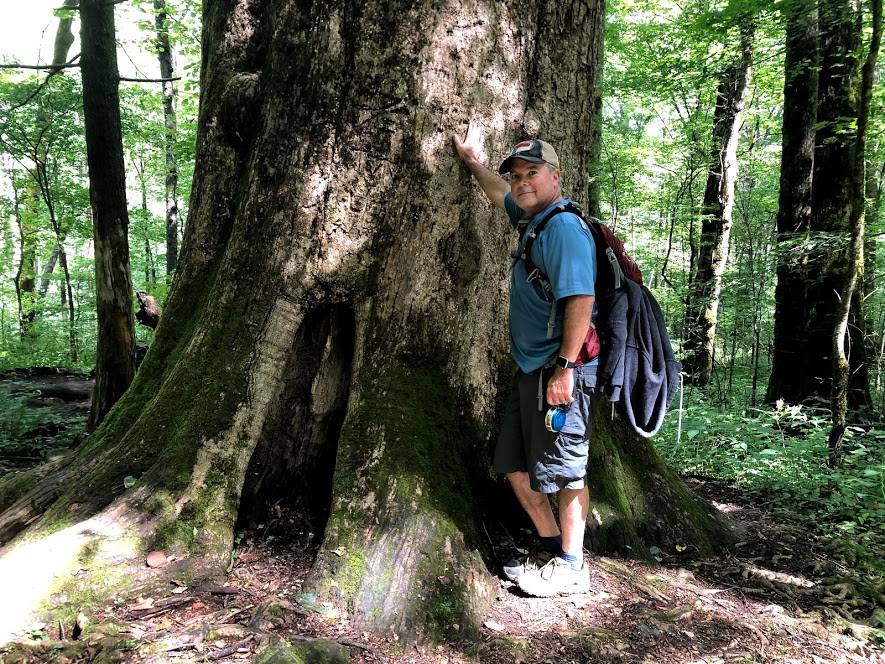 Just a few weeks ago, the North Carolina Native Plant Society asked Patrick George and I to do a presentation on the Treasure Tree Program for their monthly meeting. This chapter is run by Carol Fox and Beth Davis. During COVID, the group organized monthly meetings with a variety of presentations using Zoom. It was a great opportunity for us to tell the history of the original program, highlight several of the trees, and talk about where we are headed with the newly revived program. You can view a recording of the presentation here on YouTube.

The end of our presentation opened the floor up for questions. One of the attendees asked, “Are any of the original Treasure Trees mother trees?” This question triggered memories of several things I had been reading over the last couple of years. One of the very best books I read was “The Hidden Life of Trees” by Peter Wohlleben, a German forester and author. In this book, Wohlleben pulls in a great deal of information about recent scientific studies from all over the globe. One person he wrote about was Suzanne Simard, professor of Forest Ecology at the University of British Columbia. Dr. Simard led groundbreaking experiments and studies about the interconnected nature of trees with their natural ecosystem from the 1990s up to the present.

One of the many amazing findings of Dr. Simard was about the symbiotic relationship formed between trees of different species in a naturally occurring forest. Common forestry practices for decades in Canada involved a method known as free-to-grow. This involved removing almost all tree and plant growth viewed as a competitor to the fast-growing tree species used for the timber industry. One of the primary targets for removal was the paper birch, because it was identified as a competitor for canopy sunlight with the prized Douglas fir. Through rigorous experiments in forest plots, Dr. Simard was able to prove that the paper birch was actually beneficial in growing more healthy stands of Douglas fir.

Under the ground, different types of fungi bind themselves to the root structures of both the paper birch and Douglas fir. The fungi picks up nutrients from the soil and brings it back to the trees. The trees exchange the nutrients for sugars it has created through photosynthesis. In addition, the connected network of root and fungi allows the two different trees to exchange other valuable nutrients. Dr. Simard was able to prove that the paper birch and Douglas fir exchanged carbon back-and-forth. One of the most incredible findings was that in summer when the paper birch has all its leaves unfolded and the firs are shaded, paper birch sent its excess carbon over to the fir. In the fall when birch dropped its leaves, the fir was able to absorb more carbon and send its excess back to the birch.

More recent work by Dr. Simard has focused on this concept of mother trees, which brings us back around to the question posed during the Treasure Trees presentation. She began to study similar nutrient exchanges between trees of the same species, and even trees descended from the same parent. What she found was that the ancient “mother trees” were sending more nutrients to saplings they had parented than they were to trees of the same species they had not parented. Forest scientists can identify which saplings came from which parent trees through DNA analysis. This is the basis behind The Mother Tree Project, headed by Dr. Simard.

So, are any of our oldest trees from the original Treasure Tree Program mother trees? I’d say that it is likely that many of them have lived their lives of 100-120 years trying to be mother trees. In an urban setting with almost all of our original trees, the tiny seedlings that pop up from germinated seeds of the big mother tree rarely have a chance to make it. Only a handful of the original trees stand in a nearly natural forest setting. Most stand in nicely groomed yards of private homes, in the public right-of-way managed by the city or county, or in other types of private gardens.

In the back yard of our neighbor’s house stands a very old Pecan. It isn’t as tall as some around the county, but it has a massive wide crown spread. At least a quarter of the crown reaches out and over our yard across a wooden privacy fence. The pecans aren’t usually edible, but it creates a squirrel frenzy during years when the tree does produce nuts. Squirrels are notorious for burying the nuts all over the place in planter beds, in the grass, and even in small planter pots sitting on the deck. I’m sure the plan is to stash them and come back during the winter to uncover a nice treat to provide fuel for the cold weather, but squirrels seem to have spotty memory. They bury so many, we almost always find seedlings popping up in the strangest places. If you dig them up, you’ll find the damp nut shell opened up laying on its side with new roots reaching out for soil. This is a simple example of an old mother Pecan tree spreading offspring right under its outstretched branches.

The original Overcup oak Treasure Tree that grew on the edge of a bog off Shopton Road West was a good example of a mother tree, although I did not have the capacity to perform studies to prove any of the findings made by Dr. Simard in regards to nutrient exchange between the parent and the offspring. I do know that Overcup oak was in its last stages of life, and that there were numerous saplings growing all around underneath its weathered limbs. There were only two Overcup oaks on the edge of the bog in that wooded area, so the saplings could have only come from one of the two. Was this a mother tree? Almost certainly, with its size and age.

One of the other amazing findings by Dr. Simard with the mother tree concept came from a theory that the oldest trees in their final years of life might be pushing out all of their remaining nutrients to their offspring, somehow through a realization that they did not have long to live. To study this, Dr. Simard and her associates performed controlled lab experiments where they took very young saplings and exposed them to harmful events. They germinated seedlings from the very same trees first, to create a miniature representation of the natural forest setting with ancient Douglas fir and understory saplings. Some of the experiments involved introducing invasive beetles to the saplings, and another involved drastically clipping the evergreen needles. When exposed to such stresses, the saplings pushed more nutrients out to its own seedlings.

In the realm of forest science, the writings of people like Peter Wohlleben and Suzanne Simard aren’t always received well by the rest of the scientific community. Dr. Simard’s solid research findings about the symbiotic paper birch and Douglas fir relationship were scorned by the Canadian forestry organization. The writing methods that anthropomorphize trees and plants (casting human traits on them) has grown a great deal of criticism from the rest of the scientific community. Wohlleben uses that method to more easily explain complex scientific behaviors of forest ecosystems to the average, everyday reader. Dr. Simard compares her own maternal experiences to what she sees the ancient trees doing for their offspring. So, is it wrong to speak and write about trees as if they have human characteristics? 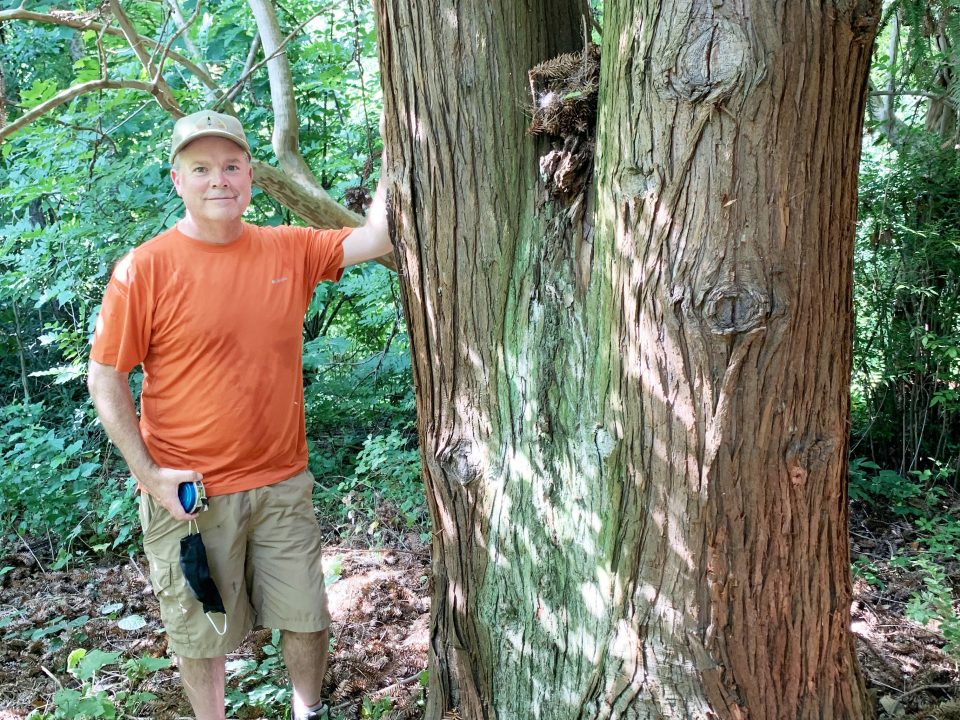 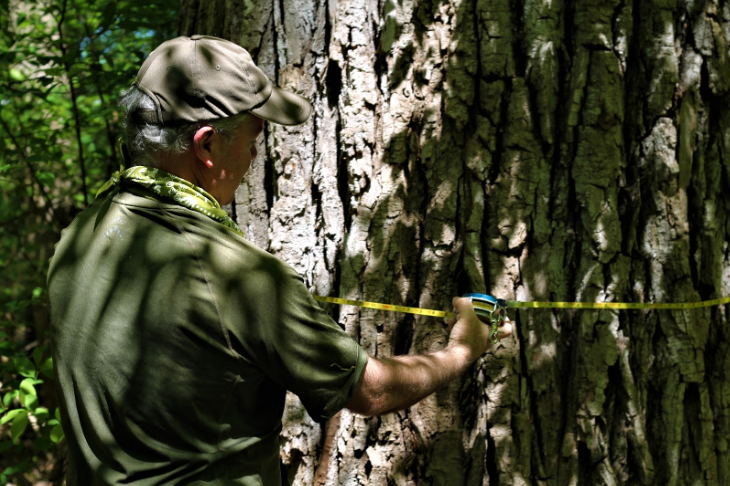