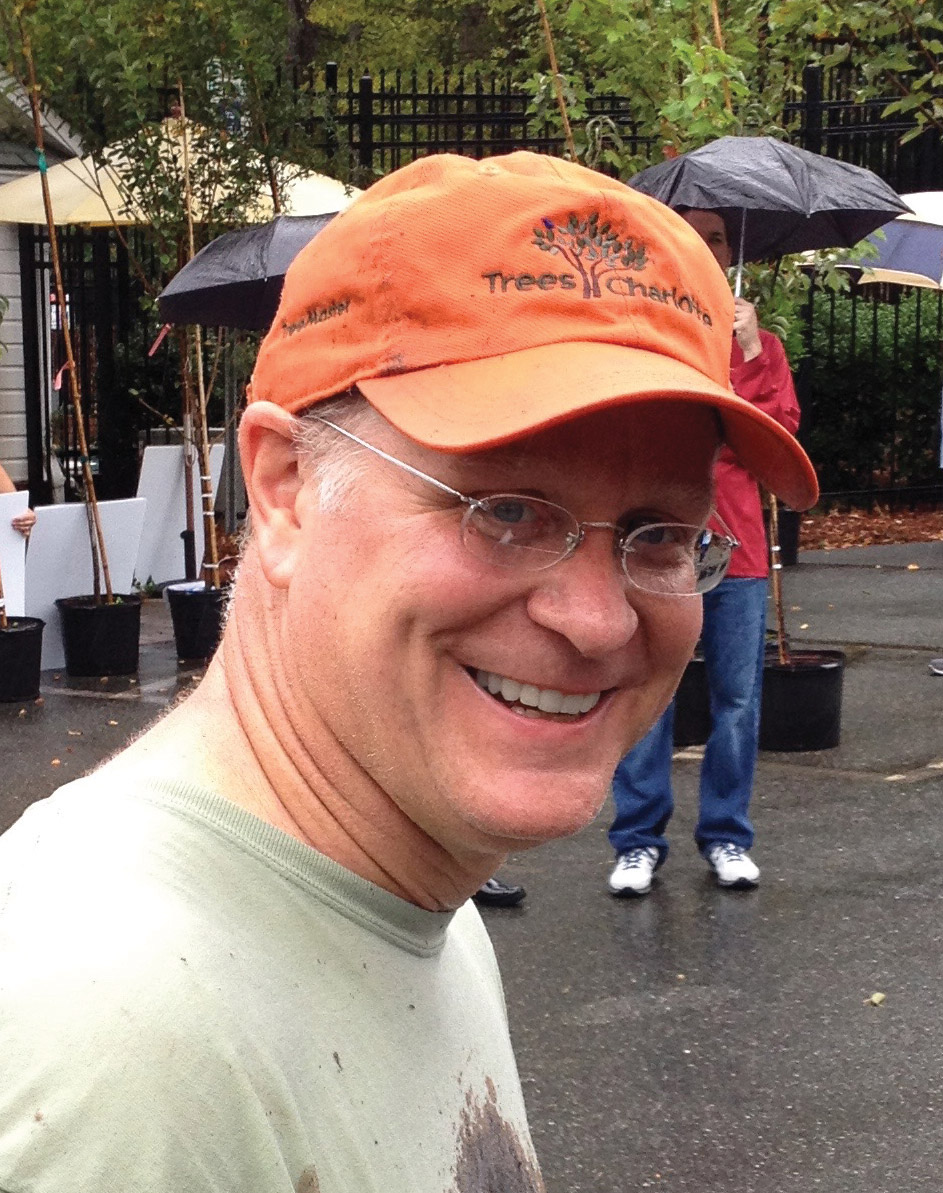 As an 8-year-old boy, Greg Hyde learned the value of working outdoors, starting a neighborhood grass and leaf business with his older brothers.
“My father believed in vigorous outdoor work,” he says. “We kept all the net proceeds – except that my father charged us cash depreciation on both his equipment and on ours!”

Hyde and his brothers eventually grew the business to about 10 suburban yards. Later, the family moved to a small farm where the work got more intense – and more interesting.

Hyde’s early experience working with his hands, digging in the dirt to grow something new and enhance the land, shaped his commitment to TreesCharlotte, where he’s served as a volunteer for the past three seasons.

“What amazes me about TreesCharlotte is the great planning and mobilization of volunteers that occurs,” Hyde says. “ It reminds me a little of an impromptu Army unit – except that people are smiling and chit-chatting, and the work is as vigorous or as low-key as they want it to be.” 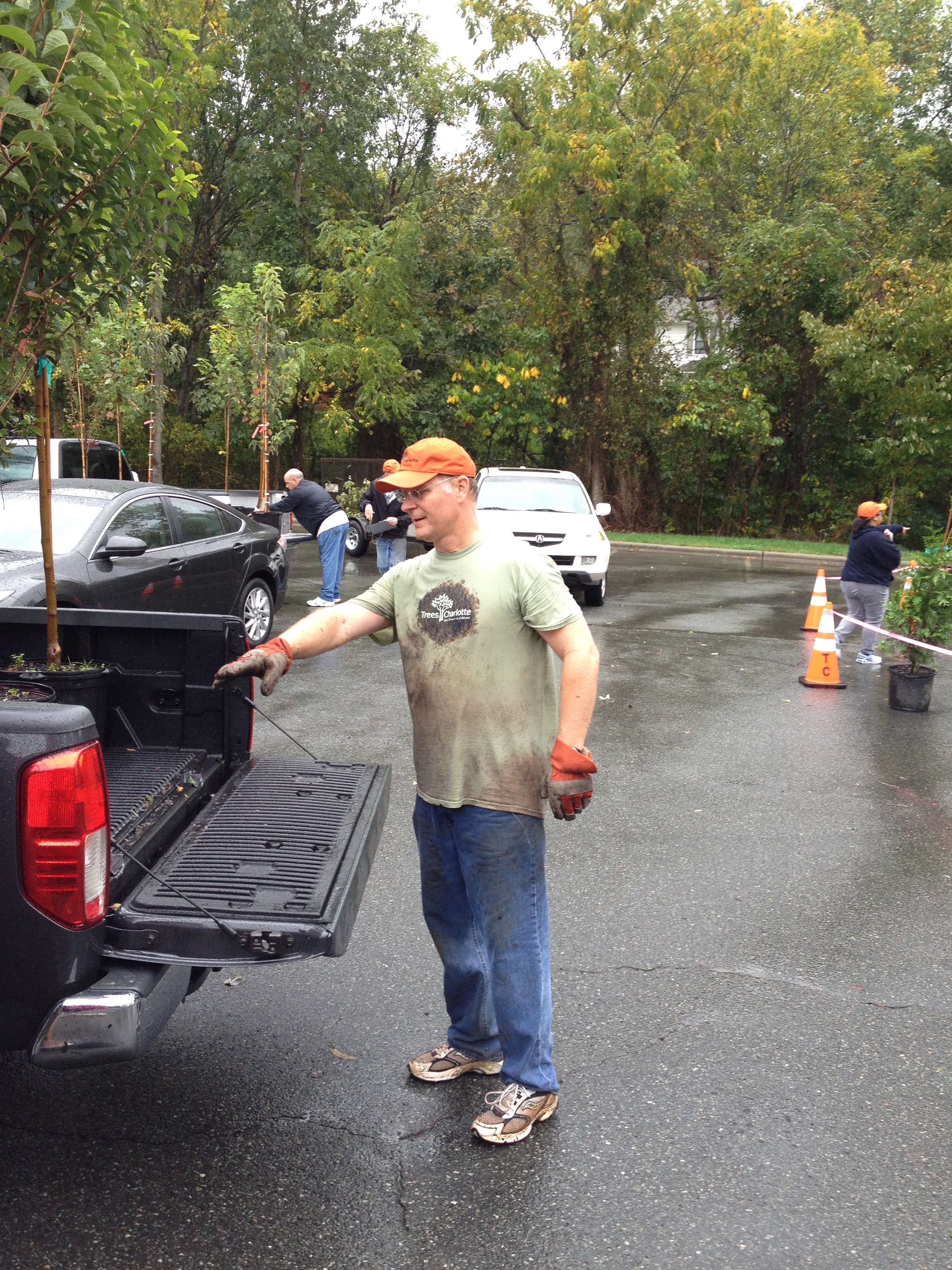 Hyde works at Wells Fargo by day. On the weekends during tree-planting season, you can still find him digging in the dirt and sharing his passion for the outdoors with other TreesCharlotte volunteers. This year, he expects to attend about eight plantings and stewardship events.

“I’ve learned that tree lovers come in all shapes and sizes,” Hyde says. “TreesCharlotte has taken me to many corners of the city and I’ve been exposed to a broad assortment of interested and clearly very motivated communities that were previously unknown to me.”